The Effects of E-Waste to Our Environment

Electronic Waste, popularly known as e-waste, describes the end of useful life of electronic products such as computers, television, car batteries, and more. With new inventions every other day, previous electronic device are discarded on a regular basis which adds to electronic waste. Every time we get rid of a certain product, either we throw it away to be dumped into the land or we burn it and release harmful gases in the air. In some countries, this informal way of e-waste is being practiced which results in harmful gases being released in air.

Electronic waste has been categorized into three main categories:

When we throw away our outdated devices, little do we realize that they mostly contain toxic materials like zinc, nickel, lead, barium and chromium, Mercury, Lead, Cadmium, Polybrominated Flame Retardants, and Lithium, which are very harmful for the environment and for every human being.

Proper disposal or recycling is not only important for the environment, but is greatly interconnected with data security too. When you dispose of any electronic device informally, without completely destroying the data, there are high chances of personal data being extracted from your disposed device.

However, this practice won’t decline any time soon. In fact, it will keep increasing within the passing years because every other day there is new technology being introduced. For example, in 1999 the average life of a computer was between 4 to 6 years – which has shrunk to less than a year in 2016.

Following measures can be taken in order to prevent e-wastage:

We should learn about ways to recycle our devices so that maximum parts can be put to use for further production. China today, is known as world's largest e-waste processor. Guiyu, China is the largest producer of revamped products that are made from recycling of electronic waste. About half of Guiyu's population is indulged in this recycling industry.

Things will start improving only if we understand the fact that all the things which we dispose of informally doesn’t float up into the magical used-technology land in the sky. 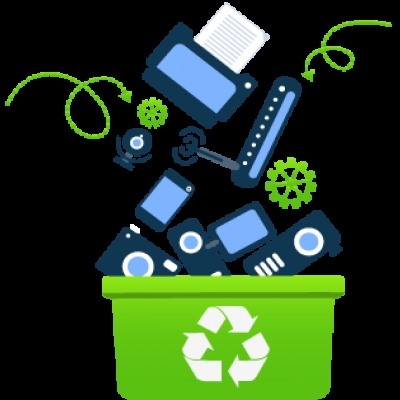 « What Is An Environmental Fee And Why Do We Need To Pay For It?

To sell or not to sell, that is the question! »