Phone of the Month: Blackberry Q5

The most innovative smartphone of the century, BlackBerry Q5 was introduced in the month of July 2013. Because of its lowest price, it became a target at emerging markets. With the functionality of QWERTY keyboard, this smartphone can be bought in red, pink, white and grey color.

The BlackBerry Q5 is running the new system of 1.2 GHz dual-core Qualcomm processor with 2GB of RAM. The internal storage of the phone can be expanded from 8GB to 32 GB via a microSD card. The functionality of camera provides a sharper image with the 5-megapixel camera and front shooter of 2-megapixel. BlackBerry OS 10.1 is the operating system for this cell phone which is powered by a non-removable battery of 2180mAh. Further features include WiFi, NFC, 3G, 4G, and Bluetooth.

The Launch of BlackBerry Q5

The United Arab Emirates was the place where this phone was launched initially, but now it has become prevalent in enormous eastern and western countries.

The core of the company, BlackBerry is in the enterprise segment and it was once called device marker. The prominent competitors were Samsung, Apple, and other cell phone manufacturers. The handset BlackBerry Q5 made a move in the industry against all rivals due to its messaging platform and economical devices for youngsters. The Curve series successfully exceeded and in 2013, the reinvention process has begun by BlackBerry 10 after its massive overhaul. New devices soon will be introduced across different segments. After the support of premium hardware keyboard in BlackBerry 10, and also with BlackBerry Z10's full-touch, the upcoming cellular device, BlackBerry Q5 is catching the mid-range segment.

Unfortunately, this remarkable device does not have premium materials and inferior hardware, but it operates on the similar operating system. The front part has a square screen similar to Q10 with an array of sensors. Such features offer an impressive tactile feedback and are convenient enough for quick typing.  The end users of this cell phone do not belong to business sector only, but the students and young professionals are also playing an imperative role for the company. All customers are price conscious and require a full value for the amount spent on the purchase.

The availability of OS 7 phones on both iOS and Android systems will certainly decline the eminent BBM's BlackBerry Q5 over the time. Their prices are cheaper as compared to this phone and also the messaging capabilities won't be able to stop this change. Apart from this, the high pricing of an outdated hardware is another factor. These phones are too old to be real "sellers".

In order to strive the situation, the company has announced to launch some strategic alternatives that can result in an increase in the sale to a strategic buyer. Furthermore, this new device will remain running the current operating system without any upgrades in Asia, the Middle East, and Europe.

In the cellular market, BlackBerry is always claimed to be the best known for physical QWERTY keyboards. The handsets of BB10 is competitive BBQ5 by providing more premium design, with a glass back plate and stainless steel touch that leaves a luxurious feeling among the audience. However, the fame of BB10 does not really mean that BBQ5 is a bad looking phone. It has the most comfortable hold with measurement of 120x66x10.8mm compared to BlackBerry Q10. Also, BBQ5 is lighter with a weight of 120g.

If the user is really looking for a physical QWERTY keyboard, the BlackBerry Q5 is still not the best option. The brand new BlackBerry Q10 is far more superior than this phone. Q5 is not only cheap in price, but it has alluring looks with a well-performance. It seems to be overpriced when Google Nexus 4 makes a place in the market. In future, this ailing brand will not be a choice of the user and it might be avoided due to it's under speed and overpricing. 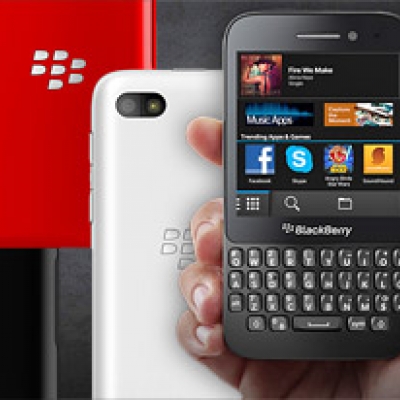 « HOW CAN YOU DETERMINE THE PRICE OF YOUR PHONES

To Pay or Not To Pay: that is the question »