Labour Day in Canada is celebrated on the first Monday of every September of the year. This holiday is one of the nine public holidays. On Labour Day, all the employees are given the day off with the holiday pay. All the businesses and city offices will be closed for the day. The Labour Day in Canada is celebrated in different ways by different groups. As for the Labour movement- they celebrate it politically and treat it as an opportunity to make people aware of their motives. As for the students or the parents, it is mostly back to school time in the country. Most of the schools open after it, as the summer season ends and so does the summer vacations.

Labour Day is celebrated as a part of the labour rights movement. In March of 1872, the local printers went on a protest to reduce their 9-hour per day working hours. Many other workers joined the protest. In April 1872, all of the protesters marched on Queen’s Park. Eventually, the Prime minister, John A. Macdonald, passed the Trade Union Act. Then in September of the same year, the very first Labour parade was held and now the Toronto march has become an annual thing.

The Labour Day is usually always the last day of the Canadian National Exhibition. So, if you have not already taken advantage of the ultimate entertainment offered by this exhibition, this weekend might be your last chance for the year. The exhibition features tremendous amusement park rides such as Ferris wheel and other rides which are enjoyed by both, the adults and the children. Along with that, there are midway games offered by this Canadian National Exhibition to the people. The exhibition also features outrageous and mouth-watering food. After all the rides and the games, you might need this food to regain your energy.’

The air show is the grand finale of the Canadian National Exhibition. As the summer season is also ending with the Labour Day. An event under the open sky is highly enjoyed by the people. The Airshow features, the Canadian Air forces Snowbirds performing aerial stunts in the sky over the Lake Ontario. Along with Canadian forces, the international talented pilots also participate.

BuskerFest is the largest street platform in Ontario, which features several sketch artists, entertainers and musicians from all over the world. These people perform their ways on the street platform and make sure that the spectators are entertained and their respective arts are reaching the audience. The splendid performances are irresistible and the best part is that they are free of charge for the spectators.

As the name suggests, the festival features hat and spicy food. If you are in to hot and spicy, this might just be the right spot for you. The festival celebrates its 20th anniversary on the Labour Day.  The festival is set to explore diverse spicy food experience and cuisines. All of those and the celebrity chefs of Canada gather together and celebrate with a curated food market and a cooking competition, which is names, ChilliKids.

There are several other places in Canada to visit in order to spend your long Labour Day weekend, but even those trips require planning and perfect execution in order to work. For that purpose, there are certain applications, such as; Rome2Rio, Journey, Level Money, Digit, Capital, Mint, Prosper Daily, Wallaby and many other apps which can help you with your extravagant trip. Some of these applications help you navigate through the country or even a particular city. The other applications are able to note down the distance of a particular area for your convenience and some of them are able to let you keep track of your money so that you will not give in to the attractions and spend your money over them. They record your spending and keep you aware of that so that your trips are in your budget and you control the trips. These applications are available for both, iOS users and Android users. 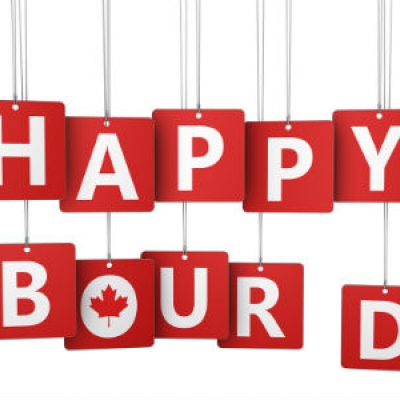