How Do Reselling Companies Determine The Prices?

People usually have a knack for changing their cell phones every now and then, either because better specifications are available or their old phone is a bit too old and rustic now. And so it happens, they switch to newer phones and newer brands really quick. That is all fine but what about the cell phones left behind? Well, we have a solution for that as well!

Second-hand cell phones have a huge market where phones are frequently bought and sold, based on the degree of damage and age. This allows people to purchase expensive brand phones at much cheaper rates and be able to sport an expensive brand nevertheless. Although selling your old phone and making some money out of it may seem very attractive, there are certain parameters one should keep in mind to avoid possible scams of having sold at an understated price or having bought an overly priced old phone.

Thus, we have broken down some factors for you to understand how companies, dealing in reselling old phones, determine the price of your cell phone or electronic device. Let us have a look at them in detail:

The degree of Damage:

The degree of damage is one major factor which inversely correlates to the price of the phone. The greater the damage, the cheaper the phone. Companies usually grade the damage intensity into three basic categories:

All of the above mentioned conditions help determine the price of your phone. Mint condition ones are likely to sell within 75% to 85% of the original price. Whereas, good condition may go as low as 50%. Bad condition phones are sold at very low prices almost close to 10% of the original.

Age and Demand of the Device:

Age of the phone means how long has it been used. Mostly those with age less than 6 months are mint condition ones and have sustained close to no damage at all whereas the older ones, spanning out to over 3 years, may likely be in a bad condition.

Another factor that counts is the demand of the phone. Some sets have a considerably high demand due to exclusive features, hence are priced higher than those which often experience technical issues and are being priced much cheaper.

These factors help a company dealing in reselling phones price them accurately so as to not lose a fair profit margin or give away a good phone at a much too cheap price. 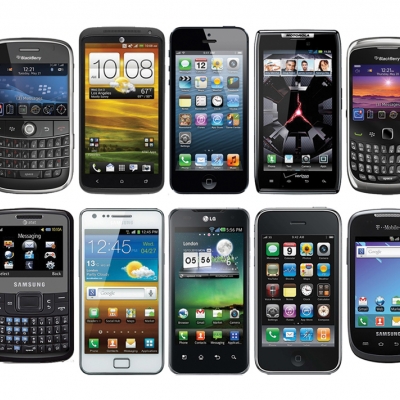 « How to Wipe Your Device Before You Sell It

Reselling Tips and Tricks: How broken is a broken phone? »